What are the Best Premade Preclinical Anki Decks for Medical School? 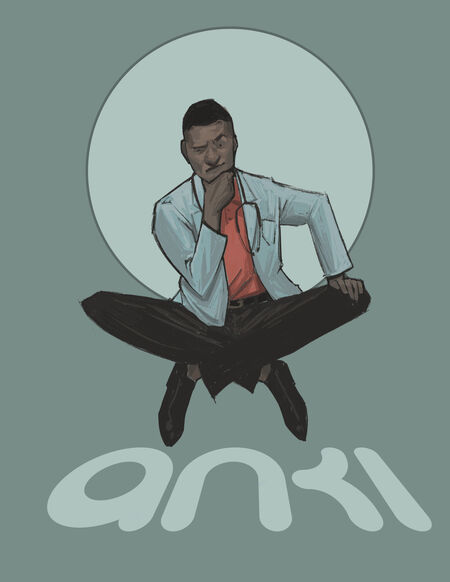 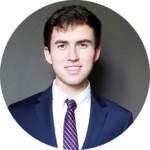 Anki is quickly becoming a mainstay learning tool in medical school. The powerful spaced repetition algorithm offers students a means to both learn and retain information like never before. With all this said, have you chosen a deck to start using? Whether you are in your first week of medical school or entering your dedicated board exam study period, there are decks that will be right for you. Let’s start off by describing what the differences in decks are, and then lets discuss how you can go about choosing the right deck.

This deck has quickly become one of the most popular among which to choose. It was created by a medical student with the reddit username, u/ZankiStep1, and later expanded upon by many more medical students. It toutes a card count of over 25,000 and attempts to comprehensively cover most facts found in First Aid for the USMLE Step 1, Costanzo Physiology, Pathoma, and Sketchy Pharmacology/Microbiology. It has been meticulously revamped several times to include missing high yield information from all medical school subjects. As far as preclinical decks go, this is very clearly the most popular one you can choose from.

There are two main drawbacks you should know before jumping on this deck – its card count and its focus on high yield information. Don’t get me wrong; these “drawbacks” can very easily be perceived as strengths. However, for the uninitiated, medical school can be very demanding, and keeping up with daily reviews can easily see you exceeding a thousand cards a day. Furthermore, the focus on high yield information mostly stems from the source material. If your medical school exams require you to know detailed information not found in First Aid, you may find insufficient detail in this deck to carry you to an A.

Lastly, it is worth noting the format of this deck. It is meticulously tagged, making it easy to search topics in the sidebar of Anki’s browser. It also adopts a cloze-style format, in which a sentence will be shown with a key word missing. An example is shown below.

This deck has a very clear target audience: Users of Dr. Jason Ryan’s video lecture series Boards and Beyond. It is a deck that closely follows this resource video by video and is extensively tagged to enable ease of use. For example, you can simply watch a Boards and Beyond lecture and unsuspend the corresponding cards. This streamlined workflow has garnered wide popularity among students and attracts many would-be Zanki users.

The card count is necessarily on the higher end at more than 25,000 cards, but can seem shorter when done in chunks after every video and over the span of your preclinical years. While the reddit user u/Lightyear2k is the original creator of this deck, u/Cheesy_Doritos revamped it to include tags for every video module, screenshots, and even additions from the Zanki deck to improve or cover missing topics. What resulted was a near comprehensive deck for Step 1 that will undoubtedly also help prepare you for class. An example of the tagging system is shown below. 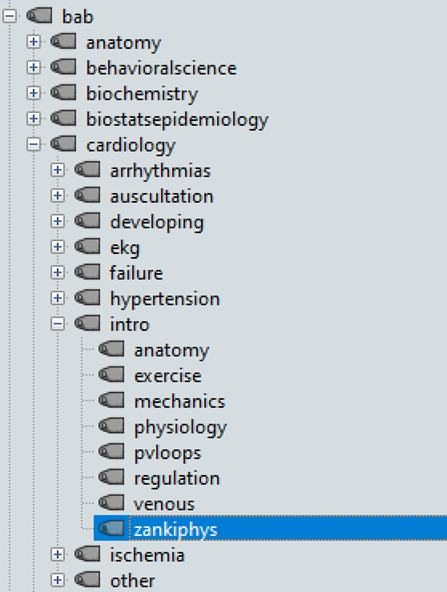 To fill in the lack of in-dept medical content left out by other decks, the reddit user u/Dope_MS created his Dope 1: Medical school Science deck. It also toutes a card count of over 25,000. However, this medical school student wanted a deck that would include both the high yield information found in First Aid and Pathoma, as well as content from other popular preclinical textbooks. Notable examples include Ganong’s Physiology, BRS Biochemistry and Genetics, and Nolte’s Neuroanatomy.

While less popular than Zanki, it has quickly earned itself a reputation of being a powerhouse of preclinical content that can help you prepare for difficult inhouse exams, while also helping you prepare for boards. Of course, the similar issue of card count is created with a deck this large. Furthermore, many medical school students are turned off by the fact they are committing so much time to learn facts some may deem to be lower yield for USMLE or COMLEX board exams. Nevertheless, this remains a good option for the textbook-oriented students who want to incorporate anki.

If you want a deck focused on physiology, then Physeo’s official Anki deck will be your best choice. Just as Lightyear creates an easy workflow for Boards and Beyond videos, our deck makes it easy to watch one one of our physiology lecture modules and then work through the corresponding cards. It also adopts the popular cloze deletion-style format, and the deck is sufficiently tagged to allow for ease of use.

This deck is a fan favorite for those overwhelmed with the high number of cards in Zanki or Light year. It contains about 2000 cards, but only covers content from Dr. Husain Sattar’s video lecture series Pathoma. There are about 100 cards per Pathoma chapter, making it a popular deck for those in dedicated that desire a quick way to reinforce Dr. Sattar’s high yield notes.

Aside from the fact that only pathology is covered, many find these cards to be slightly more difficult to work through than Zanki’s cloze deletion style. This is because most questions are in a question-and-answer format, thus necessitating active recall of entire concepts. This style lacks the similar priming you may have with a cloze deletion cards. On the other hand, others consider this a strength of the deck. An example of the content you will be expected to recall is shown below.

This deck is meant to be used hand in hand with Sketchy Pharmacology. While Zanki also includes a pharmacology section that incorporates Sketchy Pharmacology images, the Pepper Pharm deck does it in a question-and-answer format that forces more remote recall. It also has less cards, at around 1300 cards total. The best way one can use this deck is to unsuspend the corresponding cards after watching a sketchy video. It creates an appealing workflow that lends itself to better recall of Sketchy’s memory hooks during the first two years of medical school or during your dedicated board study time. An example of a card is shown below.

Pepper also has a microbiology deck that is formatted in the same way their pharmacology deck is. The deck totals approximately 950 cards, making it appealing for those who do not wish to use the main alternative to this deck – Lolnotacop’s Micro deck, which has more than 5000 cards. The main drawback to this deck exists in the fact that it is less comprehensive and misses a few microbes. However, it still includes the vast majority of bugs that will be asked in Step 1, and allows you to follow along with Sketchy Microbiology. If the question-answer format is more to your liking, you should pick this deck. See the example below. 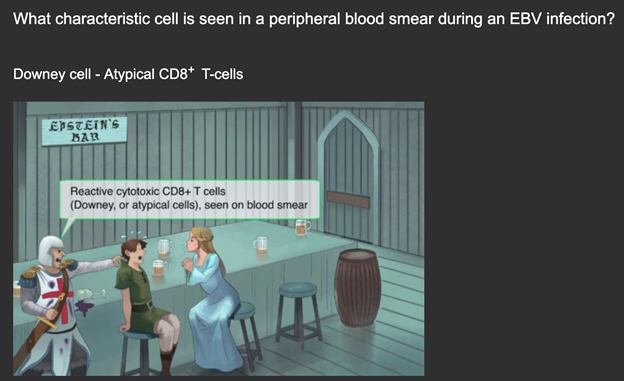 This deck is the product of a medical student’s attempt to fill in the missing information from Pepper’s microbiology deck. The deck follows Sketchy Microbiology, but adds many more details, including foundational concepts found in Jason Ryan’s Boards and Beyond lecture series. The deck is also formatted to have cloze deletion cards, making it easier to review cards more quickly. For these reasons, this deck has earned itself a reputation as the most comprehensive microbiology deck available. Know that the card count is necessarily higher at over 5000 cards, as this can help you factor in what microbiology deck you wish to choose. You should also know this deck is included in the updated versions of  Zanki’s Step 1 deck. However, you can also download this deck separately. An example of one card is shown below.

The first question you should answer is ‘how much time do you have?’

This may seem like an easy one: “Very little – I’m in medical school.” Ask any Anki veteran, and they will tell you Anki demands a tremendous amount of commitment. You have to figure out how you wish Anki to fit into your study schedule. For example, do you have assigned readings that take up most of your day? If so, choosing the right Anki deck to use will come down to how quickly you are able to review old cards and go through new ones.

Generally speaking, quick Ankiers are able to answer around 1 card every 10 seconds. This will average out to about 1000 card reviews in around 3 hours. If you find this pace to be manageable, you should think of using Zanki, Lightyear, or Dope’s deck. If you find yourself to go more slowly, then think about using a combination of Physeo, Duke’s Pathoma, and Pepper’s pharmacology and microbiology decks.

Another factor you should consider is when you are starting Anki.

If you are starting in your first year of medical school, you’ll need to do fewer cards to finish the deck within the next two years. This is where Zanki, Lightyear, and Dope’s Basic Sciences can really shine. You should also know many students start these decks in their second year, but will invariably have a much higher time commitment due to having to go through more cards in order to finish the deck before board exams. If you are in your dedicated study period, or a second-year who prefers to leave more free time to study class material, then the shorter decks can be preferable. Again, this would be a combination of Physeo’s, Duke’s Pathoma, and Pepper’s pharmacology and microbiology decks.

Lastly, ask yourself what you want out of anki.

Do you want a deck that will help you cover the detailed concepts found in lecture and in-house exams? If so, you should consider Dope’s Basic Sciences deck can help cover your bases while also including high yield facts from board resource material.  Do you want the most consistently updated, high-yield deck that many, if not most, medical students use? The Reddit user u/AnKingMed’s update to Zanki’s Step 1 deck may be for you. Do you want a way to follow and spatially review content found within Boards and Beyond? If so, Lightyear’s deck is the most appealing choice. Do you want a quick review of a single subject? Consider one of the subject-specific decks.

As you can see, there are decks that fit into many categories, regardless of where you are in medical school or what you want out of Anki. Sometimes, the only way to truly know for sure is to try a deck that you think sounds like a good fit and see if you like it. So, do not feel bad if you find one deck does not work for you, and you decide to jump ship to another.

Medical school is a time of trial and error. It may even be that you find no existing deck has the exact flavor you are looking for. In this case, it may be in your interest to create your own deck. This is, after all, how we have so many options to choose from – a medical student’s dissatisfaction with one deck leads to them creating and selflessly sharing their idea of a better deck. So, if you decide to go down this route, make sure to share your deck with the rest of the medical school community by posting it on the medical school subreddit. To do this, and to download or read more about these decks, visit this Reddit forum. Good luck!