Welcoming Cyborgs Among Us 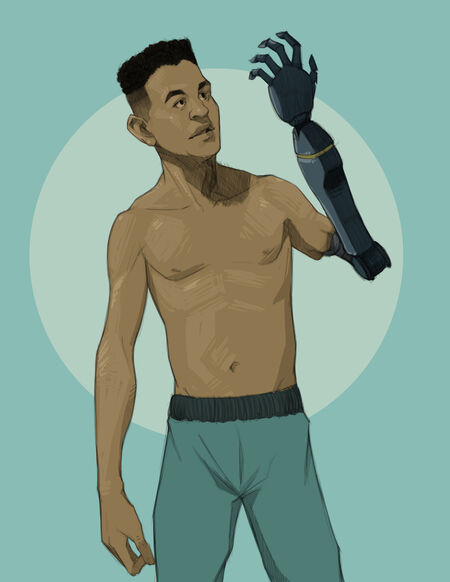 Losing a limb is undoubtedly one of the most traumatic and debilitating of human experiences. Those who haven’t experienced an amputation can’t even fathom how drastically a person’s life changes when such a calamity befalls them. Unfortunately, this nightmare is a stark reality for some as over a million amputation procedures are performed every year. In the United States alone, over 2.1 million people live without a limb(s) and shockingly, that number is expected to reach at least 4 million by 2050.

For centuries, people who have lost limbs have been limited to only a few options. Conventionally, limb prostheses made of plastic, aluminium or wood are simply fixed over the stump so that the patient can have some degree of movement and comfort but with little to no control over it. However, very recently, certain scientific advancements have been made in the field of prostheses which can potentially change the future of amputees for good.

Backed by Artificial Intelligence (A.I), the researchers from the Department of Physical Medicine and Rehabilitation and the Department of Neurology and Neurosurgery at the Johns Hopkins University, USA have made some note-worthy breakthroughs. The idea of cyborgs (for those of you aren’t geeks, cyborgs are beings with both organic and robotic body part(s) used to be pure fiction not long ago, but these researchers have recently come up with the Modular Prosthetic Limb (MPL) which is a gamechanger in this field.

The patient who is to be fitted with an MPL, has to first undergo a specific training regime during which they are taught how to use it. The training is carried out using the APL’s pattern recognition system. The system utilizes pattern recognition algorithms to identify individual muscles and gauges how well they intercommunicate, and assesses their amplitude and frequency. The collected data is subsequently converted into instructions so that the prosthetic limb can be controlled.

After the training is complete, the patient has to undergo a fairly new surgical procedure termed Targeted Muscle Reinnervation (TMR). TMR is basically a surgical nerve-transfer technique that combines available equipment with structural adjustment of the residual limb to provide amputees with more intuitive control of upper limb prostheses. Residual nerves from the amputated limb are remapped to new muscle targets that had previously been rendered useless. After the training and the surgery, the patient is finally fitted with the MPL and the MPL can now pick up neural waves and translate the wearer’s thoughts into actions. The researchers further added that as the remapped nerves would grow deeper, the patient would also begin feeling some degree of sensation in his prosthetic limb!

When the preliminary studies came out regarding these procedures, the amputee research field was rattled. The advances made were no less than scientific breakthroughs which were not only positively received, but they also planted seeds for many futuristic ideas. The advent of neuroprosthetics have paved the way for advancements previously unimaginable to amputees and paralysed patients, but as with any rapidly developing scientific field, there is still a long way to go before the field realizes its full potential. One such underdeveloped idea was picked up by research fellows at the University of Chicago. They are currently leading a project to introduce touch sensations to neuroprosthetic limbs. They are building on the idea of limbs controlled by the motor cortex of the brain (i.e the MPL by fellows at Johns Hopkins) and are trying to connect the control to the somatosensory cortex as well. This would mean that future limb prosthetics would not only act according to the wearer’s thoughts but the wearer would also be able to feel the size, shape and texture of the objects that he would grasp.

The future that these procedures promise us is almost too good to be true and rightly so. One of the major challenges standing in the way of this utopian future is commercial availability. The difference in the cost of a conventional prosthetic limb and a modular prosthetic limb (neuroprosthetic limb) is staggering. As of now a single MPL costs an upward of $500,000 which means that an overwhelming majority of the amputees would not be able to afford it. Experts in this field have signaled that the MPL would have to be at least 1/10th its original price to be commercially available in the US. Thinking along these lines, the production labs of such technology have started collaborating with industrial partners to give rise to commercial availability as soon as possible.

These ideas are revolutionary and could very well change the course of future amputee surgeries for good. Think of the kid who got in a nasty traffic accident and lost his leg, he can finally walk again.

Cyborgs, people with functional robotic body parts, could easily be seen walking amongst us in the next few years and we could not be more stoked about it!

Pieces of Wisdom That Stuck With Me

The Power of Accountability and How to Obtain It

How to Ace Any Anatomy Exam

Med School – the Good, the Bad, and the Ugly

The University of Hollywood’s Best MDs

How to Register for the USMLE 1 and 2

Surviving Med School With GAD (and much more)