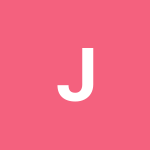 It’s more than a little intimidating to even try and approach the question of what type of healthcare system is “better.” Besides for being immensely complicated on a policy level, questiitons about healthcare touch on basic moral and ethical questions that are understandably very controversial. For example, is there a right to healthcare? And if there is, how can we even think about a system that doesn’t provide healthcare to every possible individual? It’s also not so simple to define “better”–there are tradeoffs associated with anything as massive and complicated as modern healthcare.

For me, the questions can be fundamentally reduced to the classic adage “there’s no such thing as a free lunch.” At the end of the day, no matter what sort of system you’re in, someone needs to pay for it. I’ll return to this point a little later, when I talk about the advantages of a private healthcare system.

A story I like to tell that I think is illustrative of the basic differences between public and private systems is about my MRI. Last winter, I was training for a marathon, and ended up with some leg pain that was keeping me from training. I was worried it might be a stress fracture, given that I had had those in the past. I was able to get an appointment with an orthopedist the next day, and he told me to call a local imaging center to get an MRI. I called, and sure enough, they told me I could come in tomorrow. However, it would cost me $350, even with my insurance. Given my injury didn’t feel so urgent at the time, I decided to pass. Fast forward two years, and I’m currently studying in Israel, which has universal healthcare coverage. I’ve still been running, and sure enough, I started having leg pain again. To see an orthopedist (or a specialist of any kind), I first had to see my general family doctor, who then gave me a referral. The next available appointment was about a week away. The doctor here also sent me for an MRI, which wasn’t available for nearly a month and a half. However, the whole thing was free. From family doctor to orthopedist to MRI and back to the orthopedist, I didn’t take my wallet out a single time. So that, in a nutshell, is the two ways of providing healthcare–we’ll give it to you tomorrow, but it’ll cost you; or you might need to wait a while, but it’ll be free. As another crude rule of thumb, it can be said that private systems can provide exceptional care for a smaller number of people, and public systems can provide a baseline level of care for a much greater number of people.

When all’s said and done, it’s hard to say conclusively that one system is “better” than another. It’s even hard to compare one country to another, because most countries are not a pure public or a pure private system. Even countries with a public health system generally allow an individual to purchase private health insurance that gives them more benefits if they so desire. And the US, known for its largely privatized health system, has government health programs (Medicare, Medicaid, and others) for certain populations.  Both public and private models have significant advantages and disadvantages, and a healthcare model that tries to be entirely one or the other is doomed to failure. So, rather than declaring one or the other better, it’s more helpful to have a clear understanding of the pros and cons of each. Then, you can decide which set of pros is more important to you, and which cons you’re not willing to tolerate. So, here are some of the pros of a private healthcare system:

At the end of the day, I think it’s clear that there are ups and down to any method of providing 21st century healthcare to everyone in the world. As we become the physicians of tomorrow, it’s vital that we learn and think not only about anatomy and pathophysiology, but also about the real world economics and policy of how healthcare is delivered.