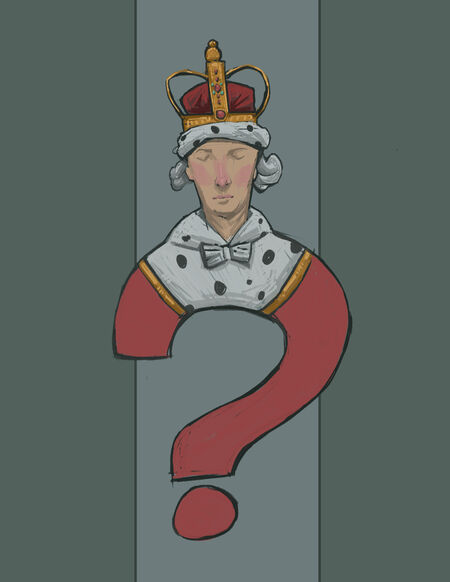 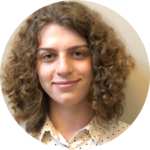 If you ever studied the English monarchy in your high school history class, you might have been taught that King George III suffered from a mysterious disease called porphyria. What your teacher probably didn’t add is that this diagnosis wasn’t made until nearly 150 years after the king’s death. In fact, most medical experts strongly disagree with the porphyria theory and believe that King George’s strange symptoms were caused by a completely different condition.

So how did the story of this incorrect diagnosis become so widespread, and why do many people still believe it today? We’ll take a closer look at the origins of the porphyria theory and do a deep dive into the causes of this rare disease.

King George III’s rule over the British Empire lasted an impressive six decades, from 1760 to 1820, but today, he is best remembered in Britain as “the mad king who lost America.” A 1994 movie called The Madness of King George even earned several Oscar nominations and netted $12.5 million with its portrayal of the monarch’s mental decline. So what were the king’s symptoms, and why do they still fascinate the public two hundred years later?

King George’s first serious bout of illness took place in the summer of 1788, and by November, his condition had reached a low point. He would often speak for hours on end until he was hoarse and foaming at the mouth. He also began to use increasingly convoluted and nonsensical grammar in his speech and writing, sometimes using sentences with more than four hundred words. Today, we would recognize this behavior as symptomatic of a manic episode, but contemporary doctors had no idea how to treat him. Eventually, they resorted to physically restraining the king during his episodes until he wore himself out.

Over the next few decades, the king continued to have sporadic attacks of ill health, but he always recovered enough to resume his role in government. Following the death of his youngest daughter in 1810, however, he began his final descent into illness. For the next ten years, the Prince of Wales ruled in King George’s name while George himself lived in seclusion. During this time, the monarch’s manic episodes continued, accompanied by worsening dementia. By 1814, he had forgotten who he was, and contemporary reports show that he babbled for 58 hours straight during Christmas of 1819. Doctors continued to treat his symptoms with the limited resources they had available, and when the king died in 1820, so did any hope of diagnosing his illness with complete certainty.

In the 1960s, two psychiatrists called Ida Macalpine and Richard Hunter began to sift through the king’s surviving medical records in hopes of diagnosing his debilitating illness. Previous experts had suggested manic-depressive psychosis (now called bipolar disorder), but Macalpine and Hunter disagreed, arguing that the king’s periods of excitement didn’t meet the criteria for mania. Instead, they focused on records of George’s physical symptoms, especially his frequent abdominal pain, tingling in his arms and legs, and periods of mental confusion. In 1966, Macalpine and Hunter published a paper concluding that these symptoms pointed to acute intermittent porphyria.

Even though doctors disagreed with Macalpine and Hunter’s paper, a leading historian endorsed their theory, and sensationalist media reporting brought it into the public eye. It’s not hard to see why the story was so popular — porphyria is a rare disease with intriguing symptoms like purple urine (which is how the illness got its name). In the next section, we’ll take a closer look at what causes these symptoms in the first place.

The name “porphyria” actually encompasses a group of metabolic disorders characterized by deficient synthesis of heme, an iron-containing compound that acts as a cofactor to help the hemoglobin in red blood cells bind to oxygen. The heme production pathway has eight steps catalyzed by eight different enzymes. When any one of these enzymes fails to function properly, the molecular precursors to that step begin to build up and spill into the bloodstream, resulting in a different type of porphyria for each enzyme.

The most common type is acute intermittent porphyria, which is associated with a defective porphobilinogen deaminase enzyme. Since that’s also the type of porphyria King George III was proposed to have, it’s the kind we’ll focus on here.

We still don’t know exactly how porphobilinogen deaminase deficiency contributes to acute intermittent porphyria, but there are two different possibilities. The first theory focuses on the end of the heme synthesis pathway. Logically, if a step early in the pathway is blocked by a defective enzyme, there will be a shortage of everything produced after that step. That means there won’t be enough heme to meet the body’s needs. According to this theory, heme deficiency in neuronal cells is at the root of patients’ neurological symptoms.

The other proposed explanation is based on the buildup of precursors in the heme pathway before the blocked catalytic step. Instead of too little heme, this theory points to too much δ-aminolevulinic acid as the cause of the disorder’s neurological manifestations.

Of course, it’s also possible that both theories are partly accurate. For all we know, symptoms could be caused by a lack of heme in combination with an excess of δ-aminolevulinic acid. In the next section, we’ll take a look at those symptoms in more detail.

As the name suggests, acute intermittent porphyria involves sudden and worsening symptoms, including abdominal pain, nausea, vomiting, and weakness. As the disease progresses, neurological symptoms become more severe. Patients may begin to have seizures or show changes in their usual affect or cognitive processing ability.

Although the word “porphyria” comes from the Greek word for “purple” and other forms of the disease are characterized by purple or blue urine, this symptom is not typically seen in patients with the acute variety of the disorder. That’s because the main precursors in the pathway before the step with the defective enzyme – porphobilinogen, δ-aminolevulinic acid (ALA), and glycine – are colorless, although they will form purple pigments if the urine is exposed to light at room temperature for some time.

Porphyria over time: from death sentence to treatable condition

The good news is that acute intermittent porphyria is rare. About one in two thousand people carries a gene with a dominant mutation in the code for this enzyme, but less than ten percent of those carriers ever experience an acute attack. It’s not clear what causes porphobilinogen deaminase to malfunction in these patients, but epigenetic and environmental factors almost certainly play a role.

The bad news is that because porphyria is a rare condition and most patients experiencing an attack for the first time don’t know they carry the mutated gene, misdiagnosis isn’t uncommon. On top of that, the only test that can definitively confirm the disease (a measurement of the amount of porphobilinogen in the urine) takes four to ten days to be processed at a commercial laboratory, which means that treatment is delayed even longer.

For these reasons, the prognosis for most patients was bleak until a few decades ago. Before the 1980s, up to a quarter of acute porphyria sufferers died due to a lack of diagnostic expertise and appropriate treatment options. Today, many patients receive intravenous heme to supplement their bodies’ dangerously low supply. Meanwhile, abdominal pain, nausea and other symptoms are managed with a combination of narcotic painkillers and other drugs. Although people who experience multiple acute attacks have an increased chance of developing liver and kidney disease, including hepatocellular carcinoma, the risk can be reduced if patients visit a healthcare provider once a year for abdominal screening and a blood protein test.

Back to King George III: debunking the porphyria theory

Where does this leave King George III? His attacks of mental confusion grew more and more severe until he was forced to withdraw from governmental affairs entirely in 1811. He suffered from dementia for the last ten years of his life while his son, the future King George IV, ruled in his name. During this time, his doctors kept almost daily records of his behavior and any new medical developments. The doctors had plenty to keep track of: over time, the king developed muscular weakness, blindness due to cataracts, vocal hoarseness, a jaundiced appearance (indicating liver problems), and frequent abdominal pain.

These accounts formed the basis of the later work by Macalpine and Hunter. Based on the recorded symptoms, they declared the king’s condition “a textbook case” of acute intermittent porphyria in their 1966 paper.

Other medical experts were quick to disagree. One of the best-known signs of porphyria is purple urine, and Macalpine and Hunter had found evidence of this in the king’s medical records — but they had cherry-picked their data, focusing exclusively on four reports of discolored urine over a thirty-year period while ignoring six records of normal urine in the weeks before the king’s final descent into dementia. They had also failed to account for the doses of gentian that the king’s doctors had given him. This plant’s deep blue flowers could easily have turned the patient’s urine purple.

On top of that, the medical reports that Macalpine and Hunter relied on actually supported the original diagnosis of bipolar disorder. Trademark porphyria symptoms like the inability to concentrate were missing from these records, but the king did regularly display intense, almost manic, activity according to his doctors at the time. As if all of this weren’t enough, eighty to ninety percent of acute intermittent porphyria patients are women of reproductive age, making this diagnosis even more unlikely.

When we consider the contemporary medical reports, bipolar disorder certainly seems to fit the bill, but it may not have been the only illness King George was contending with. After all, patients with bipolar disorder are expected to return to baseline functionality in between manic episodes, so a ten-year period with little to no relief suggests comorbidity with at least one other condition.

Looking at the king’s medical history, depression and dementia are the most likely candidates, in addition to known physical ailments like cataracts and rheumatism that may have accelerated his decline. Following his daughter’s death in 1810, King George displayed extreme anhedonia, or loss of interest in his usual activities, and other symptoms characteristic of major depressive disorder. By this time, he had already lost his sight to cataracts and was quickly losing his hearing as well. The rapid decline of his sense of orientation — not just to time and place, but even to the identities of his closest family members — indicates that the monarch probably suffered from dementia for at least the last several years of his life. Combined with the likely diagnosis of bipolar disorder, the king’s condition would have been far beyond the abilities of his nineteenth-century doctors to treat appropriately.

We’ll probably never be completely certain of the true cause of King George III’s illness, but when we consider the archival evidence, acute intermittent porphyria can almost certainly be ruled out. Despite this, the myth started by Macalpine and Hunter has made a permanent place for itself in the history books. Rather than erasing the false diagnosis from the historical record, maybe we should celebrate the attention that this error brought to a rare and little-understood metabolic disorder.