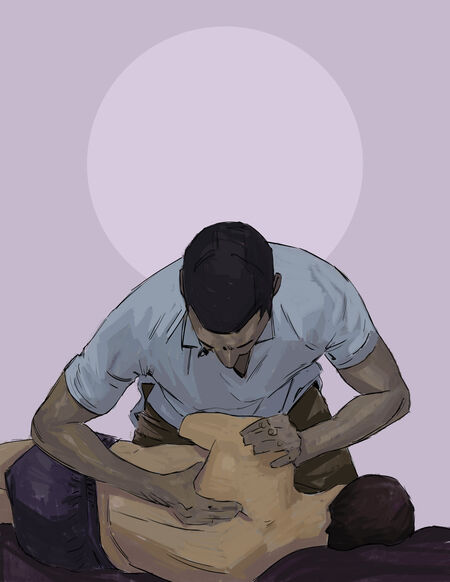 Why I Went To An Osteopathic Medical School 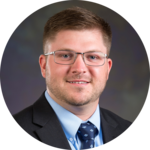 As in any field, medical school applicants should do their research when contemplating which schools to apply to. I took the advice of Dr. Benjamin Chan, Associate Dean of Admissions at the University of Utah. When asked whether students should apply to allopathic or osteopathic schools, Dr. Chan stated, “… apply to both. Then if you get into both schools, just the same as if you got into two osteopathic schools or two allopathic schools, you need to do your research as a premed to figure out which is the best fit.”

Definition of a DO

When I first got into medical school, I had no idea how to respond to the simple question “What is a DO?” Talking to my friends and classmates, I wasn’t alone in this struggle to explain our future profession. We all described ourselves as some hybrid of physician, chiropractor, physical therapist, and massage therapist. It wasn’t until the end of my second year of medical school that one of our professors, sensing our lack of identity, came up with what in my opinion, is the perfect definition of a DO.

“An Osteopathic Physician is a fully licensed physician, trained in modern medical science and technology, and able to practice in any modern medical setting and specialty. In addition, we are trained with a patient-focused philosophy, focusing on the whole person and not just the disease. We are also given training to use our hands to diagnose and treat a wide range of conditions that our patients may suffer from. All of this allows us as Osteopathic Physicians to provide the most comprehensive medical care to our patients possible.”

Back To The Basics: A Brief History of the Osteopathic Profession

Andrew Taylor Still, the Father of Osteopathy, was born in 1828 to a preacher and physician in Virginia. His father’s work took Still from Tennessee to Missouri to Kansas. Soon after finishing up his apprenticeship under his father to work as a frontier physician, the Civil War broke out and Still found himself taking up arms to fight against the Confederate forces aiming to take over territory in Kansas.

When the war was over, Still suffered a series of misfortunate events. He lost his wife during childbirth, three children to spinal meningitis, and a fourth child to pneumonia. Andrew felt defeated, feeling like his medical training had fallen short and left him unable to care for his family when they needed him the most. He sought out new knowledge and a new approach to medicine. He also convinced that most illnesses could not be cured with the available therapies during the late 1800’s. Still’s innovative teaching and practices faced considerable backlash. His own church even claimed that his hands-on methods of healing were sacrilegious. He was chased out of Kansas and Macon, Missouri before finally finding refuge in Kirksville where his approach to healing was more readily accepted.

In 1894, Still opened the first school of osteopathy (The American School of Osteopathy, ASO). In that first year the ASO admitted 6 women and 16 men. Women were not routinely admitted into medical schools and the ASO had a policy of admitting women on the same terms as men. Still was a pioneer in advocating for equal opportunities for his female colleagues.

Today, there are currently 35 osteopathic medical schools in 55 locations, training almost 31,000 students. These 31,000 students make up 25% of all US medical students. Andrew Taylor Still was more than just The Father of Osteopathy. He grew up in the South and fought for the freedom and rights of countless slaves during the Civil War. Andrew was a feminist who undoubtedly improved the quality of education for women.

He was also a family man and inventor who ultimately wanted the best for his patients, even if it meant putting his own livelihood at risk as he sought out new approaches to solve common ailments.

The Interview Question: Why do you want to be a DO?

I hated this question while I was interviewing, and was asked it at every single interview I attended. At first, I oversold my desire to be a DO. I gave some generic responses that I thought the people sitting across the table from me would want to hear, along with memorizing the four Tenets of Osteopathic Medicine, doing my best to sprinkle these in throughout the interview.

The reason I hated this question was simple. I wanted to be a doctor and honestly didn’t care if I was a DO or an MD. I figured by the time I graduated I would be 30, not the oldest person in my class but also not the youngest and I didn’t want to waste multiple years applying and so I applied broadly to both DO and MD schools. I’ve worked with both DOs and MDs as a pre-med and looked up to and respected both.

It wasn’t until I already had an acceptance under my belt that I finally felt confident enough to open up with the interviewers. When asked “Why do you want to be a DO?” I could honestly say that it was because I wanted to be a doctor, and if I did that as a DO or an MD I would accomplish my goal.

Either way, I’ll be able to make a difference in the lives of my future patients. No extra fluff, just the simple truth. Two weeks later I got the acceptance phone call from the osteopathic school where I was confident enough to give a truthful answer. It was at the top of my list of DO schools and if I had to do it all over again, I’d make the same decision.

Osteopathic Medical Students continue to face an uphill battle, especially when it comes to applying to competitive specialties. There are many residency programs that require DO students to have higher board scores compared to their MD counterparts just to be considered for an interview.

Some schools charge DO students a fee to rotate at their institution, a fee that is waived for MD students. There are some programs that have never admitted a DO, even though DOs currently represent twenty-five percent of the graduates entering residency each year.

When I went home for Christmas during my first year, I went bowling with a doctor, a family friend who I have known and looked up to for many years. He asked me if I was ready to open the “Cannon Chiropractic Clinic,” a lighthearted dig at my future profession.

Although I tried my best to take the joke in stride, it opened my eyes to the fact that even well-respected doctors still have major misconceptions about Osteopathic Medicine.

Despite the fact that this lack of respect from some MDs may bother some DO students, I have come to the conclusion that I don’t want to be at a program that doesn’t embrace the training and skills that I bring to the team. I am appreciative of the allopathic preceptors that have encouraged me to use my hands-on training. These preceptors improved my confidence in the education I received and made me grateful for all the hours spent practicing and improving my palpation skills.

Benefits of being a DO

DO students enter their third year clinical rotations with over 200 hours of hands on palpatory experience. We aren’t afraid to use our hands to diagnose and alleviate pain for patients in need. As a third year medical student, preceptors encouraged me to work up and treat an array of musculoskeletal complaints.

Because of the hours of practice and guidance from experienced faculty, I felt confident in my findings and was able to contribute to the patient’s treatment plan in a meaningful way, going beyond what most third year students are trained to do.

As DO students, our training in osteopathic manipulative medicine (OMM) allows us to look after our families and colleagues in ways we normally wouldn’t be able to had we not received this training.

Often during a stressful week of exams, classmates would take the opportunity to practice our skills on each other, working out kinks and aches that come with sitting and staring at a computer screen for hours on end. I’ve been able to offer headache relief to nurses in the middle of a long shift and work out low back pain in family members after long car rides. Most importantly, these skills will enhance the care I will be able to give my future patients.

As I continue my fourth year rotations, I have yet to have a patient question my education. I have worked alongside students from other MD schools in our area, and honestly, I don’t think the patients or the preceptors could tell us apart, except for the school name on our white coats. We all work hard to be competitive, taking the same board exams and applying to the same residency programs. At the end of the day, we really aren’t that different from each other.

Would I DO it again? (See what I did there?)

I interviewed at both MD and DO programs. They offered different opportunities and there were pros and cons to each. The MD programs were attached to large universities, providing enhanced research opportunities and an opportunity to rotate through large hospital systems. The DO school I currently attend is located in a smaller community without a university association.

We rotate in large hospital systems with residents, but we also have opportunities to rotate in smaller community hospitals. These smaller hospitals have provided me with more hands-on experience and my clinical confidence has improved greatly with the opportunities that have presented themselves in these situations.

I did my OBGYN and Pediatrics rotations at a small critical access hospital on the Oregon coast. I was the only medical student in the hospital. In the operating room I was first assist. When it came time to deliver a baby, I was right there sitting at the edge of the bed with the doctor, her hands guiding mine as the new baby made its passage through the birth canal. I wasn’t sitting in a corner during these two months, I was a valued member of the team and felt needed.

At the end of the day, I only got accepted into DO programs, but I wasn’t disappointed. I loved my interview experiences and I had a feeling that being an osteopathic physician was the right path for me. Do I wish my tuition wasn’t approaching $60k a year? Of course.

Obviously, I would rather not have to take the COMLEX and USMLE board exams, compared to just the USMLE my MD counterparts have to take. More than once, there were times sitting in the OMM lab trying to feel the inherent motion of the sacrum, when I wished I could just go home and study for the exam.

I am grateful for my osteopathic training that equips me with one more tool in my toolbox to help my future patients in need. There is something special about using your own hands to treat someone in need. It adds a deeper connection to the physician-patient relationship and that, in my mind, is priceless.

For those MD students interested in expanding their knowledge in OMM, there are several DO schools that offer CME training in OMM to MD’s. You can check directly with the colleges of osteopathic medicine themselves or visit the American Academy of Osteopathy for an updated listing of available CME courses provided through them.