The Blurred Line Between Body-Positivity & Obesity 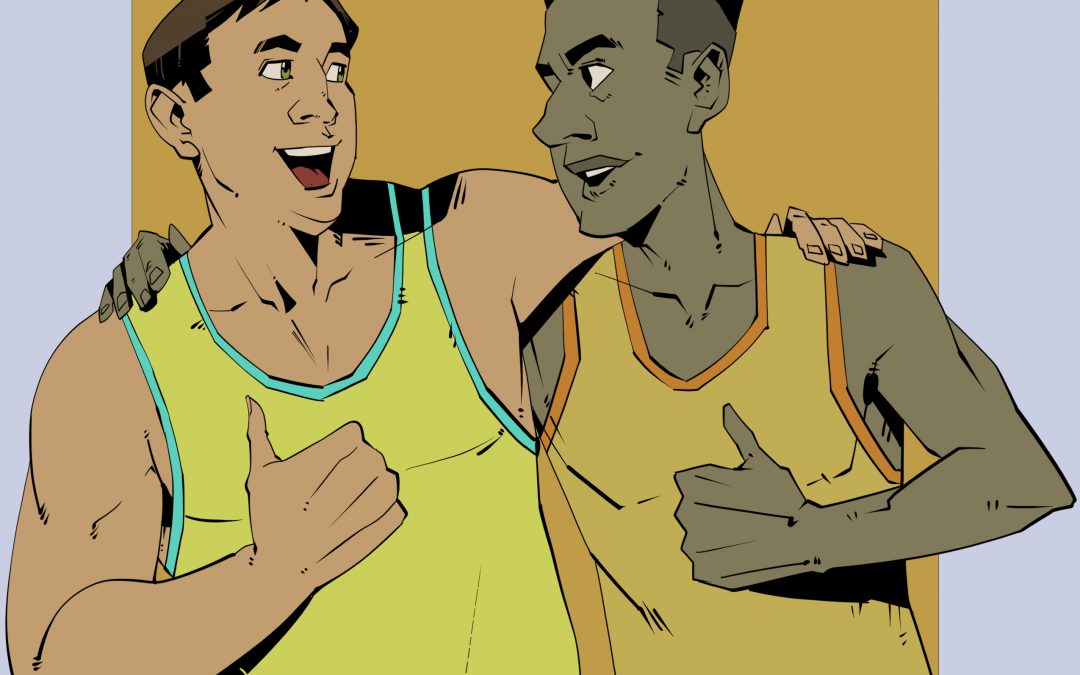 The year is 2020 and the world has gone haywire. From the deadly coronavirus being unleashed across the globe to killer hornets flying over the US, one might think that the world must have changed forever. But even at the heart of a changed world, political correctness remains unchanged. The use of the wrong words can land one in a very precarious situation; however, refusing to address the dark side of the moon is just as heinous (if not more) a crime as risking offending someone.

One such issue of contention in recent times is that of body positivity. The basis for this social-media storm is that people should be respected, accepted and appreciated for the way their bodies look regardless of how unhealthy they might be. The extreme proponents of this movement also argue that health professionals should stop telling people to monitor their weight and claim that not only is obesity not associated with health risks, but that it is actually healthier than being trim.

This is a very controversial rhetoric which is quickly gaining momentum because the message that it entails feels very positive at first glance. One would naturally argue, how can this brand of self-love do any harm? Well, let’s discuss why. The first thing to understand is that the underlying motive is very respectable and we should all honor it: people should be respected regardless of their outward appearances and they should not be subjected to mistreatment of any sort. No one should be bullied for being overweight or obese. The damage occurs when people begin equalling healthy and unhealthy. This is dangerous, and sadly, the advocates of this ideology argue that opposing an unhealthy lifestyle translates to being ‘fatphobic’.

This is the very same bus under which the well-loved social media sensation Dr. Mike Varshavski was recently thrown. The doctor was accused of being ‘fatphobic’ because he encouraged his patients to lose weight and adopt a healthier lifestyle. Moreover, the Grammy-winning artist Adele (who famously used to be obese) just shed over a hundred pounds of body fat in an attempt to lead a healthier life, and surprisingly, her transformation drew criticism from people, saying that it was a betrayal of the body positivity campaign she claims to champion. In both of these cases, were these hurlings justified? And if yes, where do we draw the line between being ‘fatphobic’ and being genuinely concerned for the health of those who matter to us?

A person is medically classified as ‘obese’ if they have a Body Mass Index (BMI) greater than 30 and more accurately, a Body Fat Percentage (BF%) greater than 32% for women and greater than 25% for men, according to the American Council on Exercise (ACE). These are well-researched medical benchmarks. Individuals which are placed in the aforementioned health bracket are not only at an increased propensity for serious health complications but their duration and quality of life is gravely impacted too.

According to the CDC, obese individuals are at a significantly raised risk for diseases such as hypertension, diabetes, coronary heart disease, stroke, infertility, gall stones, renal stones, respiratory complications, osteoarthritis and various types of cancers (such as pancreatic cancer), just to name a few. A shocking statistic that never fails to raise eyebrows goes: diseases related to obesity (i.e cardiovascular disorders etc) kill an American every 38 seconds. Let that sink in. The research shows over and over again that obesity is a very real, silent killer which needs to be addressed, definitely not something to be celebrated and dangerously mislabeled as ‘healthy’.

People belonging to the healthcare sector should be extremely vigilant of this and ensure that proper information is being conveyed to their patients regardless of the political climate surrounding the topic in discussion. The health of a patient is the topmost priority of a healthcare professional and nothing should interfere with that. Accusing your doctor (who genuinely cares for your well-being) of being ‘fatphobic’ because he wants to adjust your diet to something healthier, is identical to calling your oncologist ‘tobacco-phobic’ because he is asking you to quit smoking. For a person seeking to reconcile political correctness with scientific facts, precedence should always be given to the documented research work in that field.   We cannot dismiss volumes of medical literature for the sake of un-researched and unsound proclamations.

Having established that, there is a very real elephant in the room which needs to be addressed. Even if facts and research justify the need to counter obesity, clearly, a body positivity movement is coming from a cultural need.  The majority of the people around us do not look like cover stars or models. They have simply been held to an unrealistic standard of ‘beauty’. It is high time that we realize that six-pack abs and chiseled jawlines are not requisites to be labelled ‘healthy,’ and society needs to accept this, because too many people have been victimized for not living up to this bar.

Fat-shaming, that mostly stems from holding the average person to the standard set by professional fitness models, is not only unhealthy but is in fact oppressive in its essence. It is widely documented that people subjected to such verbal abuse potentially suffer from anxiety, body dysmorphia and other psychological disorders. Clearly, the dangers of fat-shaming are impossible to overlook or to simply brush aside. Unfortunately, a sizeable number of obese patients report that they are treated superciliously and contemptuously even by their doctors. This is extremely worrisome. It is pertinent to acknowledge this problem and strive to work for better communication between caregivers and patients.

Moreover, apart from healthcare professionals, the opinions (read: taunts) of random people should be actively discouraged since they never aim to achieve anything good, and only serve to psychologically harm the individual. Affirming respect for all individuals regardless of their weight is ‘true body positivity’. A person who has excess body fat is almost always aware of that fact and reminding them of it time and again is akin to rubbing that in their face. Needless to say, such behavior is reprehensible, and couldn’t be further from medical ethics.

The key is to tread kindly with our words while communicating, so that people feel heard and cared for. At the same time, we shouldn’t be dismissive of verified medical research and feed people lies. It is incumbent upon health professionals to be honest, yet empathetic when it comes to dealing with such cases because the worst thing one might end up doing is fixing the body but breaking the heart… So here’s to delineating that blurred line; to spreading love and fighting misinformation!