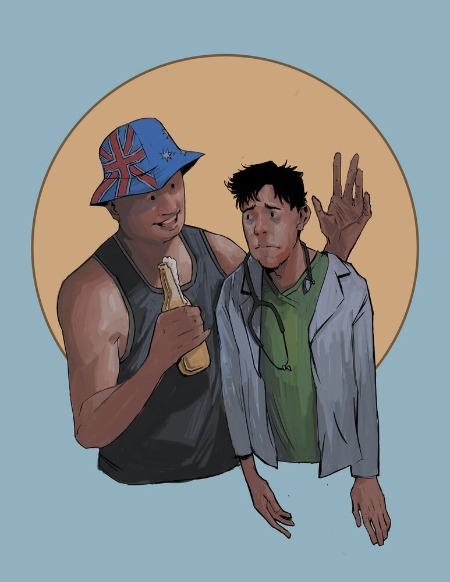 The Australian Guide to Rest and Relaxation in Medical School 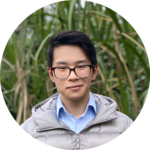 Australians might be the most laid-back, carefree people in the world. And with good reason too. We’re constantly surrounded by the most dangerous species known to man (which isn’t actually a spider or a snake, it’s the magpie – here’s an article by the Australia Academy of Science detailing how to survive magpie swooping season). Our prime minister changes more often than my surfer friend changes his clothes. There’s the constant fear of being peer-pressured into doing a ‘shoey’ whenever you open a beverage. For the uninitiated, a shoey is where you pour your drink into your shoe and drink it out of that. So we’ve learned some coping mechanisms that allow us to be the most chill population in the world. Since medical school can be some of the hardest and most stressful years of your life, I decided I’d drop some juicy nuggets of Australian wisdom to help you relax and get through those difficult years a little bit easier.

Stop fixating on the past

So much of my anxiety from medical school comes from my past embarrassments and mistakes. I once said decimal instead of decibel when I answered a question during a lecture. It still keeps me up at night. That and the knowledge that the Great Barrier Reef is slowly being destroyed by excessive tourism and climate change. Also rising property prices in Sydney. But, as my guru once said, fixating on these things won’t fix my past mistakes or the GBR, and will only bring stress and anxiety. So, you just have to power through and focus on the future instead. Our national symbols are the emu and the kangaroo, because they’re our two native animals that can’t walk backwards – the perfect Australian reminder to leave the past where it belongs. Behind you.

Learn to accept your limitations

Nobody’s perfect, especially medical students. The amount of knowledge that is out there is so immense there’s no way anyone can remember it all in two years, and it’s especially difficult to learn so much when you’re constantly running on 5 hours’ sleep and being forced to attend mandatory 8am well-being lectures (oh, the irony). So, don’t put yourself under so much pressure. Australians certainly know not to. Our national icon is literally a bank robber. If you haven’t heard of Ned Kelly before, I suggest reading up on him (here). I personally think our national icon is a hardened criminal because then, no matter what happens to us, we can feel better knowing our national role model also made a few mistakes in his lifetime. So, who cares if you had a single bad exam? Who cares if you got yelled at by your attending? Such is life.

The single most popular phrase in Australia is “She’ll be right”. We say it whenever we hear any news that is even slightly sub-optimal. Stubbed your toe? She’ll be right. Train’s late? She’ll be right. Car’s broken down on the side of a country road and roadside assistance can’t come to help you out for at least three hours because it’s a public holiday celebrating the birthday of a monarch that isn’t even the monarch of your country? She’ll be right. (Don’t read into the amount of detail or implicit anger in that last one.) Regardless, Australians are able to stay so carefree because we simply acknowledge that we will experience adversity, and we always have a pre-prepared response ready: Sshe’ll be right.

Australians shorten everything. Give me any word. Chances are, I’ll be able to abbreviate it for you, even if it’s a one syllable word. Here are some classic examples: an afternoon is an ‘arvo’; breakfast is ‘brekkie’; McDonald’s is ‘Macca’s’; and a service station is a ‘servo’. I literally had to look up the long name for a servo, because it just wasn’t a word that we ever use. So how is this helpful to you? Well, it means it’s ok for you to take shortcuts at times. Obviously, I don’t mean just cruise your way through med school – but if you’re giving yourself a hard time because you can’t remember the many derivatives of each of the pharyngeal arches/pouches/clefts, maybe it’s ok to take your foot off the gas a little. Studying in medicine is a constant struggle between wanting to know everything and wanting to spend as little effort as possible. If you’re the kind of person to stay up until 3 in the morning memorizsing every ligament and anatomical relation of the ovaries, more likely than not, you’re not doing your physical or mental health any favours. Take a page out of the Australian playbook: take a shortcut; take a break.

I have a shrine in my backyard to Steve Irwin. And you know what Steve would say if he heard that you were a little stressed? Go to a zoo. Not kidding. I think humans naturally feel better about themselves knowing they’re not the ones in glass boxes naked on display for the world. That’s why zoos and aquariums are so popular. Make yourself feel better. Go to a zoo.

One of the many benefits to being an Australian is the vast swathes of natural beauty around us. Living in Sydney, I could travel south to the Royal National Park and go bushwalking or visit some gorgeous natural landscapes. I could travel slightly east and be met with some of the largest and most appealing beaches in the world. I could travel northwest and visit the Blue Mountains, and go hiking in one of the most impressive forests in the world. Now, I’m not just saying this to rub it in your faces. The truth is, I’ve never felt more at peace than when I’m out exploring the natural world, so if you’re lucky enough to live near some kind of impressive natural landmark, take a day trip there to chill out, and maybe take a few snaps for the ‘gram.

Go big when you can afford it…

Australians literally drive across the country to visit big versions of everyday objects on their holidays. Looking back, it seems ridiculous, but when I was between the ages of five and ten, a good vacation idea was just to drive five hours to visit a big plastic banana, take a few pictures, and begin the five hour drive home. If you don’t believe me, you can look up the big banana, the big prawn, the big mango, etc etc. So the Australian lesson here is to go big (if you can afford it). Treat yourself. I bought myself an Apple Watch just recently. I think I’ve used it like twice and can’t see myself loving it in the future, but I bought it. And that makes me happy. So, go big and buy something nice. It’s self-care!

… but not when you can’t

Our national drink is beer and goon. For those of you yet uneducated on goon and its significance, it’s basically just really cheap wine that comes in a bag. Not the classiest or tastiest way to drink, but it’s ridiculously budget-friendly. Now we here at Physeo aren’t saying that you should ever use alcohol as a primary mechanism to de-stress… but if you’re catching up with a few friends and you’re just a broke medical student, cheap drinks and a night out on the town might be just what you need.