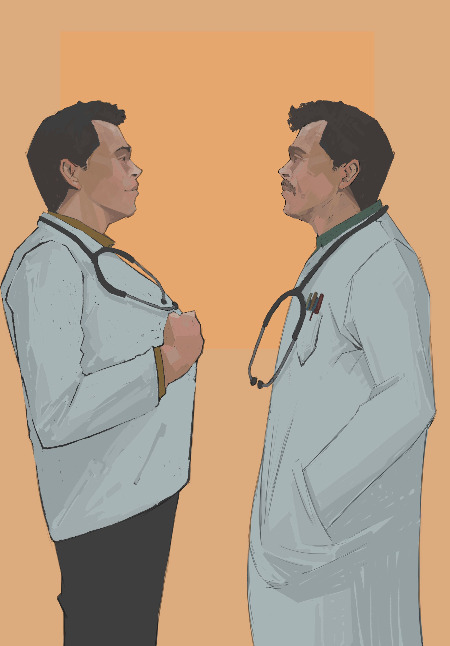 10 Healthcare Books You Should Read 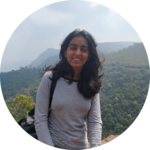 This article mentions a lot of different books related to Healthcare for different types of people: High school students who dream of becoming healthcare professionals, medical students on their journey to become doctors, specialty doctors who are already doctors and other people who just love to read. Life is too busy to spend your time reading every book on this list, so instead, find a book that suits you the most.

This Is Going To Hurt: Secret Diaries of a Junior Doctor by Adam Kay

“So I told them the truth: the hours are terrible, the pay is terrible, the conditions are terrible; you’re underappreciated, unsupported, disrespected, and frequently physically endangered. But there’s no better job in the world.”

This is an autobiographical work of a British doctor turned comedian, Adam Kay. This is about his journey as a junior doctor working for the NHS from 2004 till 2010 when he decided to quit medicine. The author frankly points out how broken the healthcare system is and how doctors have been adapting to it. It touches on all aspects of medicine: the studying, the suicide rates in the profession, the physical assault, the inhumane hours, the lack of infrastructure, and the absence of a personal life. It is a hilariously written exposé on this unforgiving profession.

The Emperor of All Maladies: A Biography of Cancer by Siddhartha Mukherjee

This humongous book of 571 pages is the winner of the 2011 Pulitzer Prize for General Nonfiction. As the title suggests, it’s a biography of cancer from the very beginning to now, about the enormous progress made in oncology and yet how little we know about the disease. This is not a book you can read in one sitting. It is the type of book that is exhausting to read but it motivates you like nothing else. It inspires you to do more. And that is ultimately why many of us are in this profession. We don’t like seeing people suffer and we will do our best to help. I personally credit this book for giving me the final push towards becoming a doctor, Siddhartha Mukherjee is who I aspire to be.

Stiff: The Curious Lives of Human Cadavers by Mary Roach

“It is astounding to me, and achingly sad, that with eighty thousand people on the waiting list for donated hearts and livers and kidneys, with sixteen a day dying there on that list, that more than half of the people in the position H's family was in will say no, will choose to burn those organs or let them rot. We abide by the surgeon's scalpel to save our own lives, our loved ones' lives, but not to save a stranger's life. H has no heart, but heartless is the last thing you'd call her.”

Human cadavers have always been an important part of medical school and in healthcare overall, but people often don’t realize how much of a larger role they played in understanding the human body. We have come far from the days of grave robbing (thankfully). Now more and more people are signing up to donate their organs to strangers, their bodies for research, and isn’t that a wonderful way to add value to your life, even in death? This book is so fascinating that it makes dying interesting. You’ll find it hard to put down this book.

Also Human: The Inner Lives of Doctors by Caroline Elton

“It’s harder to be empathic when one is exhausted; that’s why reducing the working hours of junior doctors has been shown to enhance their capacity for empathy.”

More often than not, doctors are compared to Gods and most find that to be completely unfair. Not only does it put extreme pressure on healthcare professionals, but it also expects doctors to do the impossible: Stop people from dying. The author writes about how patients and people don’t see doctors as humans. They don’t see that doctors are just as imperfect as the rest of the world. This book humanizes doctors. It makes you understand them more, their motivations, their difficulties, their priorities, and how they are selfless because their profession calls for it.

War Doctor: Surgery on the Front Line by David Nott

“..so specialized, in fact, that I feared surgeons would no longer be able to do humanitarian work. They simply wouldn’t have the array of skills necessary to treat the full gamut of injuries a single war surgeon would see in the field.”

This book deals with a largely unspoken aspect of healthcare. Healthcare during the war. One would imagine that hospitals would be spared during a war, but in reality, it’s the opposite, hospitals are targets in warfare. Dr. Nott acknowledges how difficult it is to work in hospitals without advanced equipment and without proper testing but with people who desperately need a doctor: crushed limbs that need to be amputated, children with injured skulls and pregnant underage rape victims in labor. It is an extraordinary story with horror, loss, compassion, and how hope can be found in distressing times.

Dear Life: A Doctor’s Story of Love and Loss by Rachel Clarke

“Rarely, if ever, does a week go by in which all of my patients survive.”

Dr. Clarke is an end-of-life care specialist, an emerging branch of medicine whose goal is not to cure but to comfort. When her GP father gets diagnosed with cancer, everything she has learned up until that point is put to the test. She experiences a very familiar situation from a very different perspective: that of the patient’s relative. The most moving part of this book is the chapter titled ‘wonder’, where you see that humor can be found even in the darkest of days.

“Will having a newborn distract from the time we have together?" she asked. "Don't you think saying goodbye to your child will make your death more painful?" "Wouldn't it be great if it did?" I said. Lucy and I both felt that life wasn't about avoiding suffering."

Following a similar theme to the previous book, this book deals with a physician’s own journey of accepting that he is dying. Dr. Kalanithi spent years of his life becoming a neurosurgeon, and then he is diagnosed with end-stage lung cancer. This posthumously published book deals with the initial shock, the acceptance, and finally the decision he makes to stay lucid even during the end of his days. The afterword of this book is written by his wife, Dr. Lucy Kalanithi on why they decided to have a baby after his diagnosis and how she supported them both. Full disclosure, this is an emotionally challenging book to read but very life-affirming.

Where Does It Hurt?: What the Junior Doctor Did Next by Max Pemberton

"‘This is Anna.’ said Flora. I looked closely at her. She was limp and grey. She wasn’t responding. The nurse shook her head. ‘No, it’s OK, don’t worry. She’s just been given her morphine. Opiate babies aren’t very responsive.’ The idea of giving someone so small such noxious medication made me feel ill.”

In his second book, Max Pemberton works on the streets, looking after drug addicts, homeless people, and people with mental health problems. While he undoubtedly cares about his patients and feels compassion for patients with mental health problems, he also gets frustrated by the drug addicts and their lifestyle. It’s a hilarious take on a very serious topic and is also surprisingly educational in places.

“It was hard to imagine that the slender young man who lay naked on the post-mortem table had just finished a killing spree. Everyone in the room – police officers, mortuary staff, even Pam – stared at him with incomprehension. He looked as vulnerable as any victim of crime, as any of his own victims.”

Being a forensic pathologist is a hard job. It is particularly gut-wrenching to have to autopsy victims of rape, murder, a freak accident, or a natural disaster. Death in this lab does not discriminate, young and old, female and male, single and with a family. Worse, perpetrator and victim. Forensic pathologists are a powerful force of justice. They have the ability to solve an unsolvable crime and turn an open-and-shut case into a mystery. This book is equally morbid and captivating at the same time. You will question humanity but you will be in awe of Dr.Shepard’s resilience and strength.

Dailies of a Junior Doc by generalblacko (Webtoon)

“The patient will blame you for the failure of the entire health system just because you’re the person standing right in front of them.”

This is not a book, it’s a webtoon (an online comic). And it is so good. You read books written by British and American doctors, but you rarely read something written by a doctor working in a third world country. As a doctor in a third world country, some are verbally abused, physically assaulted, their life is regularly threatened, and sometimes they are victims of rape. It’s an eye-opening autobiographical work that sheds light on the realities of third-world healthcare, the value of human life, the need for more doctors and infrastructure, and why we should do our part in improving it. It is not easy to become a doctor, it is even harder to be a doctor. The books mentioned above, very honestly show how soul-crushing, challenging, and ultimately rewarding a profession in healthcare can be. It is not all money and glamour, it is long hours, hard work, ambition, and passion. The feeling you get when you correctly diagnose an unusual case or when a patient tells a simple ‘thank you’, makes everything worth going through. There will be hard days but the good days easily make up for them.

So ask yourself, Why do you want to be a doctor?