Med School & OCD? You Got This! 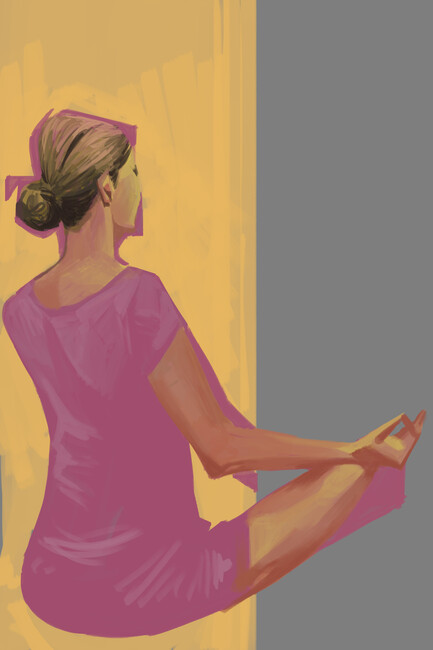 Obsessive compulsive disorder. A disease often talked about in popular media, yet most people still fail to grasp that there is much more to it than just repeating certain physical rituals. It is much more than washing your hands repeatedly. As my psychiatrist told me, only 20% of patients actually have physical compulsions. The rest of them have something called Pure O, or Pure OCD. It is OCD at its finest. It is rather your mind entertaining compulsive thoughts on a loop. The reality of how misunderstood it is hits you when a friend says “Oh, I am so OCD. I’m such a perfectionist!”

And although the root of it may lie in perfectionism, there is something far deeper about it. As my therapist put it, there are around 50 theories prevalent in psychology, all vying to explain OCD. Some say that it is a reservoir of repressed childhood negativity. Some say it is because of a lack of self-esteem, to the point that the subconscious feels that having any goodness in life is simply unwarranted, therefore the mind works on ruining it by overthinking beforehand.

There is a certain circuit in the mind whose sole job is to eliminate the random intrusive thoughts that emerge in the subconscious. It prevents those thoughts from reaching conscious thinking. These thoughts, which are basically the random firing of neurons could be looked at as the background noise which we hear on the radio or television. They don’t mean anything, but in the case of people affected with Pure O, these thoughts could mean everything as they circle around their head over and over.

On the outside, it is as if people with Pure O have nothing going wrong, because they are not carrying out physical compulsions. However, the anguish of someone afflicted with Pure O is multiplied, because though you may not see their compulsions, they do take place. Their mind is crowded by obsessions and mental rituals (i.e reassuring oneself). Quite simply, the mind is bothered by thoughts to the point that anyone afflicted has difficulty thinking clearly. . Like Howard Hughes, a famous OCD sufferer put it, “Sometimes I feel like I’m losing my mind. And if I did it, it would be like flying blind.”

If the plight of the common Pure O sufferer is so tragic, imagine the agony a medical student suffering from it has to go through, with the mind numbing stress med school places on us. Keep in mind that stress amps up mental illnesses. It’s like steroids are injected into them during stressful situations.

I cannot safely say that I am free from this. I am still struggling. I have my bad days. I have my bad weeks. I have failed tests and exams because of my condition. I have even totally skipped exams and classes just because my mind had been left so terribly exhausted by the rituals that getting out of bed to go to class seemed like an enormous task. It’s not uncommon for people with OCD to also develop Major Depressive Disorder, because their affliction has made them so hopeless about life and their own future. They’re like people stuck in an endless loop of nonsense, while the world walks past them.

However, I do have some tips which greatly helped me and others like me get through med school.

OCD starts in young adulthood for most people. For some, it may start in their early teens. Look deeper into the first few signs of when your mind starts going astray. Reflect upon what you’re feeling. The first person who’ll catch you is yourself, not a professional. I’m not vouching for self-diagnosis, but knowing what you could be going through is a great help. For me, it started with a faith crisis at the age of 17 which progressed into full-blown scrupulosity (a branch of Pure O). Alas, how I wish someone could’ve reached out to me back then.

I cannot stress this enough. Although googling your symptoms could be helpful, it can also go very wrong. From the age of 17 to 21, I believed that my problem alternated between BPD and OCD and that BPD was my main affliction. However, after getting an official diagnosis at 22, I realized that it is OCD that has been crippling me all this time. Therefore, rush to find a decent professional, get your diagnosis and start your treatment as soon as possible. The more you delay it, the worse it gets. My psychiatrist told me the exact same thing. If I had gotten my diagnosis at age 17, I may not have needed medication at all. But because I delayed it so much, I had to be prescribed meds. This brings me to my next point.

3) Don’t shy away from medication

After your doctor diagnoses you, he may offer to start you on medication with dosage according to the severity of your illness (if he’s a good doctor, at least). If you have any doubts, you could take a second opinion. However, don’t disregard medication. It is a lifesaver. Educate yourself about the side effects if you have to, but know that medication is what will kickstart your recovery (if your case is severe like mine was). I cannot imagine how I took my annual medical exams without medication, with such a cluttered mind. But now after medication, although things are not perfect, at least they’re manageable. At least I can think straight at times. One must also keep in mind that the same medication does not work for everyone, so there is some trial and error involved in finding the perfect match for you.

4) Make your life easier with breathing exercises and meditation

Deep vagal breathing works wonders when a troubling thought sprouts up. Instead of falling into the trap of endlessly reassuring yourself, it’s better to instantly start deep breathing exercises. What most sufferers go through when a thought troubles them is a physical symptom i.e chest tightness. These breathing exercises help to relax the mind and body and alleviate chest tightness. What it basically does, in a nutshell, is stimulate the parasympathetic effect of the vagus nerve, which causes relaxation throughout the body. It is backed by decent medical literature which says that breathing causes waves associated with relaxation to spread in the brain. Also, meditation helps one be mindful of the current moment and the fact that they are separate from their thoughts. This separation is vital for recovery to proceed. For starters, a phone app like Headspace could really help.

5) Give yourself a well-deserved pat on the back

Last but not the least, always keep in mind that you are fighting two battles at the same time. You are stronger than you think you are. Where people are crumbling under the pressure of med school, you are navigating both a serious mental disorder as well as a highly stressful career. Give yourself applause where you deserve it. Know that most people would not survive in your shoes. Understand that academic accolades are not above mental health, and tell yourself that it’s okay to fall off the wagon once in a while. As long as you remember to get back up.  Even if you don’t immediately, it’s okay. Because one day you will.

With these hard-earned pieces of advice, you will hopefully be much better equipped to deal with this disorder and I sincerely wish everyone suffering from OCD, and/or Pure O a speedy recovery. Don’t forget that we are all fighters, and if I can make it, you can too!