‘I Don’t Know’: The Greatest Teacher 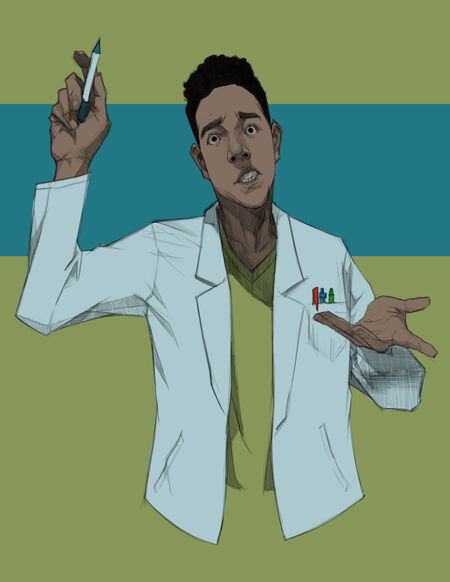 Imagine this: A complex surgery lecture is going on and the professor says, “So, I will be skipping over Heller Myotomy because I believe that most of you are already familiar with the procedure.’’ As the professor’s words echo through the class, most of the students nod along while you look around for some fellow confused faces. The words ‘Heller Myotomy’ are completely alien to you but since so many people simply nodded along, it must be common knowledge, right? Fearing being viewed as an intellectual inferior by your peers, you try to form a half-confident smile around your lips as the professor makes eye contact with you, reassuring him that you are keeping up with him. And with that smile, there goes your chance of actually learning what he was talking about.

Medical schools are designed to only cater to the cream of aspiring doctors. They recruit only the most outstanding of students who are not only unfamiliar with ignorance but are also unaccustomed to any outcome which could be even remotely linked to failure. This super-competitive nature of medical school enrollment crosses over into medical education, creating students who constantly compare themselves to their classmates in order to ensure that they are on the right track. Exhibiting any sort of weakness in such a cut-throat setting would translate to you publicly acknowledging that you are not ‘smart enough’.

Unfortunately, recent times have paved the way for a very problematic idea; mistaking confidence for competence. The fear of being wrong has been drilled with such fervor in society that the phrase ‘I don’t know’ is slowly fading away from our conversations. Forming confident and concrete opinions whilst lacking the relevant knowledge or skills has become the new cool which is slowly eating away at the corpus of truly skilled individuals. Practicing intellectual humility has always been the key to unlocking gates of knowledge and laying cornerstones for becoming smarter and more skilled, but with this humility being actively discouraged, the students suffer greatly.

The same holds true in medical institutions. The learning culture in medical schools is made caustic by the refusal to admit that there are indeed limits to their knowledge and skills. This refusal has significant adverse effects. Students who are not brave enough to voice their ignorance regarding what they do not understand end up jeopardizing their own learning and ultimately, the well-being of their patients. As a result, we’re left with students who have fragile egos dependent on external affirmation of their worth and skills. When this social affirmation is disrupted, it results in a crisis of self-worth.

Along the same lines, something happened a few years ago at my college which serves as a nightmarish reminder to this day for us all as to how serious this field is and how intellectual humility can be life-saving. During the clinical clerkship, the teaching doctor was discussing a case of chronic indigestion with his students and just before he moved on to the next case he called forth a student (let’s call him Jake) and told him to ‘fix up this patient with some milk of magnesia’. Now Jake had never administered milk of magnesia to a patient before but since he was ordered to do so in a room full of his peers, his ego did not allow him to ask any questions about it. So, Jake ended up doing the unthinkable. I kid you not, he approached the patient and gave her a huge bolus of milk of magnesia and that too INTRAVENOUSLY. This act of sheer ignorance ended up putting the patient in a coma and she later passed away… How differently would have things been if he had only set aside his ego and accepted his lack of knowledge instead of toying with a life?

This is exactly why transcending this mental barrier is the only way towards fair assessment of one’s knowledge and skills. If we fail to come to terms with our incompetence and keep masking it with a fake aura of confidence, The Dunning-Kruger Effect is only a natural consequence. The Dunning-Kruger effect is a type of cognitive bias in which people believe that they are smarter and more capable than they really are. Owing to this misplaced confidence, they criminally overestimate themselves. Learning to develop and progress as a learner necessitates an accurate assessment of one’s limitations. Admitting ‘not knowing’ helps the learner to accept their shortcomings and motivates them to work to ameliorate their comprehension and understanding. This shows that saying ‘I don’t know’ is in fact the first step towards acquiring actual skills.

It should be clear by now that acknowledging your ignorance is far from being a sign of failure but it is rather an opportunity to learn and grow. Increased cognitive endurance, more powerful coping mechanisms, and a greater sense of meaning and intention are all linked to this learning mindset. What we need to understand is that being perceived as ‘smart’ by your fellows and/or scoring top grades are not guarantors of a successful future, however, resilience and perseverance certainly are. These ideas of resilience and perseverance only manifest when a person makes peace with saying and internalizing ‘I don’t know yet but I’m eager to find out.’

Getting accepted into a medical college demands academic excellence and a CV riddled with achievements, nonetheless, it sets you up for a career where you will often be faced with situations in which you will be lacking the necessary knowledge to deal with them. The field of medicine is ever growing and ever expanding. It is an onus upon the educators to prepare budding physicians for a world where it is unrealistic to expect them to always have the answer. The greater chunk of medical students do not get enrolled with prior professional experience, therefore, it is imperative to provide them with a healthy learning environment where they can finally recognize ‘I don’t know’ as the greatest teacher out there without being shamed for it.