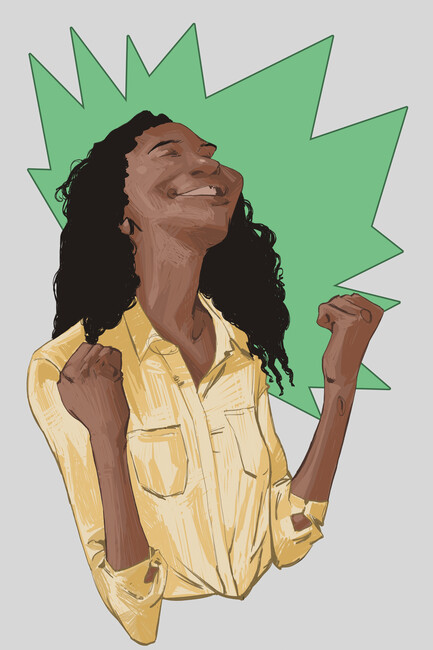 Scream, cry, pat yourself on the back and just congratulate yourself because after weeks or months of blood, sweat, and tears – you sat for your Step exam! That, in and of itself, is a HUGE achievement and you should be so proud! But now what?

We wait. And it is tedious and awful and honestly, maybe even just a little bit harder than actually taking the exam, but I promise you that it doesn’t have to be! Though I know that it’s easier said and done, “Try not to think about it,” is the line I’ve heard the most, too and hearing it either repulses me or makes me roll my eyes. Instead of telling you to not think about it, I’m going to tell you what you should be doing and what’s helped me when I’m sitting in what feels like the absolute worst waiting room in the world.

I definitely have another test to take after this last one, but the idea of having to study while waiting in agony for my scores just wasn’t cutting it for me! When I looked at the calendar before taking my exam, I decided that a nice two or two and a half weeks off was just the ticket for giving my brain a little space without losing too much momentum! The anxiety that comes from waiting can honestly be magnified by extra stress, especially when it’s extra stress due to studying! Taking a load off and giving myself that extra time has been the most effective in reducing the mental energy expenditure that comes from waiting (for what feels like forever).

One of the things that I like to do is plan for something after my test – for my last exam, I had asked my older cousins if I could spend the week visiting them and it was just what the doctor ordered! Between seeing family, playing with their adorable kids (and cats!) and being toted around to wineries, breweries, and different restaurants, I was too busy and way too tired to even be thinking about when my score was coming out! And it was exactly the kind of decompressing that I needed.

Going hand in hand with doing fun things, being distracted is the best thing that helped me through the two weeks. I didn’t tell anyone when my score was coming out, and I made sure to plan “catch up” lunches, dinners, and coffees with friends that I had left when I entered the USMLE cave of preparation! It was great to focus on other things other than the exam, so I capitalized on those feelings of relief and joy and allowed them to make waiting as relaxed and as carefree as it possibly could be. Whether it means seeing friends, re-entering the world, or binge-watching that series that you put on hold for studying, distraction is key!

Not the most helpful tip, I know, but in all honesty, there are days that the waiting hits me like a ton of bricks. I wake up after having had a nightmare about failing and then I remember that I don’t even know my score yet. It is painful and crazy and sometimes just hits you in the gut when you least expect it. This is where taking a deep breath comes in!

I’m currently in a waiting period myself (having just taken Step 2CK) and I did things a little differently this time around! It is proving to make all the difference as I sit, waiting, but hopeful and a lot less stressed!